The Battle of the Health Data Ecosystems, in The Huffington Post 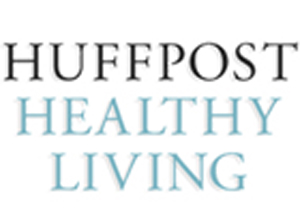 My latest column on The Battle of the Health Data Ecosystems went live today in The Huffington Post.

Read about the implications of the Nokia + Withings merger in the context of the launch of Apple’s CareKit, Under Armour’s Healthbox, and Google’s health data mine and analytics capabilities, all in the emerging health/medical era of The Internet of Things (IoT).

A Fitbit tracking device played an important role in a recent story of the IoT in health/care. A patient was admitted to an emergency room with an irregular heartbeat after a grand mal seizure at work. The ER team didn’t have the data they needed to make a sound diagnosis…until one of the team noticed the patient was wearing a Fitbit Charge HR. By analyzing the previous days’ and hours’ data generated by the wearable device, the doctors were able to diagnose atrial fibrillation and prescribe appropriate therapy that may have saved the patient’s life. That Fitbit data is part of a larger health data ecosystem that in this case was used for good, to patient’s benefit.

You can access all of my Huffington Post (HP) columns from 2013 onward here on my HP portal page.