You Don’t Know What You’ve Got ‘Til It’s Gone: More Americans Liking the ACA It’s human nature to take what we have for granted. But it wasn’t all that long ago that millions of Americans were uninsured. Since the advent of the Affordable Care Act (ACA), American voters’ feelings about the plan were split roughly 50/50, with slightly more U.S. voters, at the margin, disliking Obamacare than liking it.

“Don’t it always seem to go that you don’t know what you’ve got ’til it’s gone,” Joni Mitchell sang in her iconic song, “Big Yellow Taxi.” In the lyrics, Mitchell was  referring back in 1970 to land development and eroding public green space. “You paved paradise, put up a parking lot,” the chorus repeats.

Today’s Wall Street Journal/NBC poll showed a reversal in public sentiment about the ACA. The graphic illustrates the change of heart, with 45% of U.S. adults today saying Obamacare’s a good idea, and 41% thinking it’s a bad idea.

The WSJ/NBC survey illustrates that positive sentiment hit a low back in 2013, then from mid-2014 onward, has gained slow but steady support.

As the time approaches for President-Elect Trump to take his place as the 45th President of the United States, some public support is growing. Major media outlets are covering the story in various ways:

Mother Jones adds that the WSJ/NBC poll indicates that ACA support has grown over the past two years and, “In another few weeks both Gallup and Kaiser should give us some real data to chew on.” 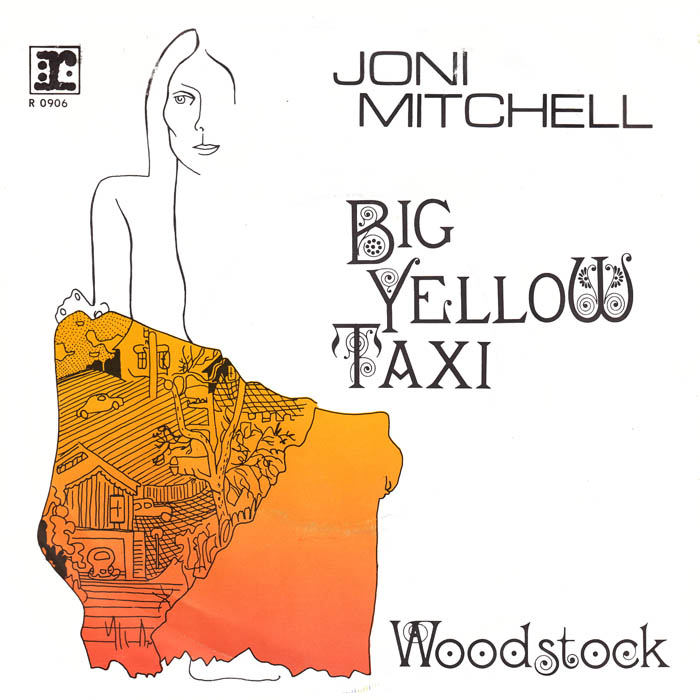 What does Joni Mitchell say? At the end of the song, she concludes,

“Late last night
I heard the screen door slam
And a big yellow taxi
Took away my old man.”

Is the old man health insurance? And could the big yellow taxi be President Trump?

For now, I can only offer that Joni Mitchell, Canadian-born and currently working hard at rehab after surviving a brain aneurysm in 2015, would be well-covered by a single payer health plan.