Genentech’s Look Into the Mirror of Health Inequities In 2020, Genentech launched its first study into health inequities. The company spelled out their rationale to undertake this research very clearly: “Through our work pursuing groundbreaking science and developing medicines for people with life-threatening diseases, we consistently witness an underrepresentation of non-white patients in clinical research. We have understood inequities and disproportionate enrollment in clinical trials existed, but nowhere could we find if patients of color had been directly asked: ‘why?’ So, we undertook a landmark study to elevate the perspectives of these medically disenfranchised individuals and reveal how this long-standing inequity impacts their relationships with the healthcare system

Chronic Medical Conditions, Mental Health, and Equity On Employers’ Minds for 2022 – Employee Health in the Wake of COVID-19 One in two people in the U.S. receive health insurance through employers. As large employers tend to be on the vanguard of benefit plan design, it’s useful to understand how these companies are thinking ahead on behalf of their employees. With that objective, it’s always instructive to explore the annual study from the Business Group on Health, the 2022 Large Employers’ Health Care Strategy and Plan Design Survey. As a result of the COVID-19 pandemic, large employees have many concerns about worker and dependents’ health. The biggest firms in America providing health insurance for workers are expecting an increase in

A Negative Outlook for US Hospital Margins Through 2021 In the fourth quarter of 2021, U.S. hospital margins will still be lower than before the COVID-19 pandemic, Kaufman, Hall & Associates project in their latest read on hospital finances. Kaufman Hall has been monitoring hospitals’ financial health in the coronavirus era since March 2020, month-by-month. This new report looks into the Financial Effects of COVID-19: Hospital Outlook for the Remainder of 2021. This report was conducted on behalf of the American Hospital Association (AHA), who succinctly summarized the forecast saying, “COVID-19 [is] expected to drive continued hospital losses throughout 2021.” That projection is further couched in the concern that 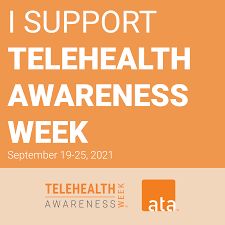 In April 2020, telemedicine morphed into mainstream medical care as hospitals and physicians risk-managed exposure to infection by meeting with patients, virtually, when possible. By March 2020, telehealth channels were replacing visits to doctors and emergency departments as shown in the first chart from the CDC’s report on the early pandemic period. By the spring of 2021, telehealth use stabilized, but health systems had built the processes and policies to deliver on the promise of omni-channel health care — from the patient’s home and hands (via smartphones) into community sites closer-to-home, and returning to brick-and-mortar medical buildings. Welcome to Telehealth When Dignity Health, the Catholic health care system, launched the “Hello humankindness” PR campaign in June 2013, well, they had me at “Hello.” When the project went live, Dignity Health’s President/CEO Lloyd Dean provided the rationale for the program, saying: “What’s missing in the public discourse about health care is the fact that while medicine has the power to cure, it’s humanity that holds the power to heal.” Dean pointed to two drivers shaping U.S. culture and the nation’s health care industry: The institutionalization of health care, and, The decline of civility in society. That was 2013. #HelloHumankindness sought to “The simple fact is that the federal and state governments are doing almost nothing to help people who have a broadband service available that partially meets their needs but abuses them with regular price hikes, spotty reliability, and poor customer service. Local governments will continue to step in to build better networks because communities have very few other options.” That “necessity is the mother” motivation to build broadband comes from Christopher Mitchell, Director of the Community Broadband Networks Initiative at the Institute for Local Self-Reliance (ILSR). [FYI, Mitchell’s Twitter handle is @communitynets]. Mitchell is quoted in the story, New data The COVID-19 pandemic exacerbated food insecurity in the U.S., a situation that was already challenging for millions of American families before the public health crisis emerged. While several Congressional and administrative actions were implemented in 2020 and the first half of 2021, the issue of food insecurity — defined as being unable to acquire enough food due to insufficient money or resources — remains a tragic aspect of daily living for many Americans — and especially for children who live in households where jobs have been lost and incomes reduced. Nutrition security has also been a health risk where people

#LoveThyNeighbor – A Faith-Based Call for Vaccination The Catholic Health Association (CHA) is urging Americans to “love thy neighbor” by getting the COVID-19 vaccine, Sister Mary Haddad wrote in an editorial published in Modern Healthcare, published on September 3, 2021. Sister Mary is CEO and President of CHA. “Some may suggest that there are moral and religious concerns to receiving the COVID-19 vaccine,” Sister Mary observed. “We strongly affirm the position of the leaders of the Catholic Church: the vaccines are morally acceptable and getting vaccinated is “an act of love.” she asserted. CHA launched a portal on the act of love, featuring lots of science-based articles

A Nutrition Label for Health IT “Shouldn’t we, as a society, demand a nutrition label on our algorithms?” asked Dr. John Halamka. Dr. Halamka, President of the Mayo Clinic Platform, was speaking at the HIMSS 2021 annual conference on the meeting’s digital channel. Artificial intelligence and health equity were two key themes discussed during #HIMSS21, and Dr. Halamka’s concerns echoed through the week-long event. To illustrate the need for a healthier approach to AI, he offered this scenario: “If I use a data set of one million Scandinavian Lutherans to create the most amazing EKG algorithm ever and then we decide to use it in Spain,